A woman’s eternal quest is to know what men really want from their women. If you believe men only seek physical intimacy in a relationship, you are wrong. Like women, men also want something more than just the physical touch. Men are usually the less communicative partner in a relationship. They differ from women on multiple levels.


Understanding
Everyone desires to be understood for who they really are. Most men remain misunderstood by their peers and friend. This is why they will seek your approval and acceptance more than anything, when in a relationship. It is important that you ask him about the little things like how his day went or listen to him talk about things he loves. Do not forget to comfort him on his difficult days.

Men need a woman who can look past the façade of being the tough guy. Being understood by their significant other will only make them more grateful and they will begin to put more trust in their partner.

Respect
It is a human instinct to throw shade at people, but nobody likes to be treated poorly. When it comes to your significant other, one must be very careful not to cross the line, no matter how thin it is. Men are built with slightly brittle egos, so you should be mindful and accepting of his views and respect him the way he is. A relationship built on mutual respect goes a long way.

Personal Space
While men enjoy being intimate and physically close to their partners, they require personal space just like women. Men too need their me-time or as they call it “bro time.” They may start feeling suffocated if their partner gets overly clingy. So that’s a no-go zone.
They too need some time away from their partner from time to time to unwind and relax.


Taking Initiative
Men may not say it out loud, but they love a woman who has the ability to take control. Research proves that men love it when a woman makes the first move or takes initiative in physical intimacy. To them, it is a big turn on.
Surprise him by showing up at his office with his favorite lunch and he will fall in love even more.

To be Pampered
Men may not be forthcoming with their desire to be pampered, but they need and want it as much as women. Underneath the tough exterior, your guy will be the biggest man child who would want to be pampered and cared for. So if you want him feeling loved, pamper him and shower him with love.

Now that we have covered the basics of what men want, the only thing missing is the man himself. No need to worry though because we’ve got you covered.


Men and women are like magnets. Both genders are attracted to each other on multiple sublevels. Men are usually less picky and more generous with their approval for females. Yet there are some traits common to most women which are instant turn-offs for men.

Let us look at 5 awkward things women do which can make them unattractive in the eyes of their men.

Insecurity can be an instant turnoff for men. It is natural to be possessive about your partner. It shows that you care and value your partner and do not wish to share him with anyone. Men enjoy casual possessiveness which takes over their women in certain situations.


However, when possessiveness translates into jealousy, insecurity, and doubt, you should know that your relationship has entered into dangerous territory. Jealousy is a reflection of one’s insecurity and a sign of low self-esteem. When you question your man over petty issues, it sends him a signal that you don’t trust him. If this attitude prolongs, it can be a deal-breaker for guys.

Women love makeup and enjoy being dolled up every now and then. Men appreciate it when their wife or girlfriend makes the effort to look attractive to them. However, loading up on tons of makeup every day is quite a turn-off for men. If you cannot leave your home without putting on multiple layers of makeup it might mean that you are not comfortable with your natural beauty and are insecure about your looks.
A research revealed that many women believe the more the merrier when it comes to makeup. They overestimate the role cosmetics can play in making them attractive. The truth is men like to see their women in their natural element and glory.

While the use of excessive makeup is not a dealbreaker for most men – unless they are shallow and vain – it is definitely a turn-off. Gauge your man’s reactions whenever you apply makeup and accommodate his opinions, likes, and dislikes.

Inability to Appreciate Good Humor
Sometimes life gets rough and we all need light-hearted humor to sweeten and brighten it up. Men need a companion who can enjoy humor and sarcasm and doesn’t shy from giving some back to them. Everybody perceives jokes and humor differently. An overly-sensitive woman who cannot handle jokes is perceived to be a spoilsport.


Learn to appreciate your partner’s jokes and spicy humor. Sharing laughter and smiles strengthens a relationship. Don’t spoil a good evening by overthinking and arguing over a simple joke.


Comparisons with Ex-Boyfriends
Some women have a habit of guilt-tripping their man by drawing exaggerated and over the top comparisons with ex-boyfriends or husbands. It breeds insecurity in a man and he feels the pressure to live up to the standards set by a flamboyant ex of yours. This pressure will create a crack in your relationship which might widen to become a gulf and will ultimately devour your relationship.

If you are in a healthy and stable relationship, avoid any conversation which involves your ex. Your previous relationships were in the past. Bringing them up every now and then will give the expression that you are not over them which will be detrimental for your relationship.


Being a Gossip Girl
Gossips are an instant turnoff for men! Girls are twice as chatty as men. They love to talk and express. They also love to gossip about other people and dish out their opinions. Men are mostly not interested in listening to who wore what and who said what. They want peace, serenity and want to spend quality time with you which is free of gossip and backbiting. 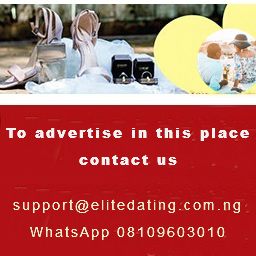 GROW YOUR BUSINESS
With the best content, insights, products & people by your side.
We make local businesses big and big brands look local.
Let us show you around Nigeria.
4 Practical Tips to Effectively Resolve Conflict with Your Partner 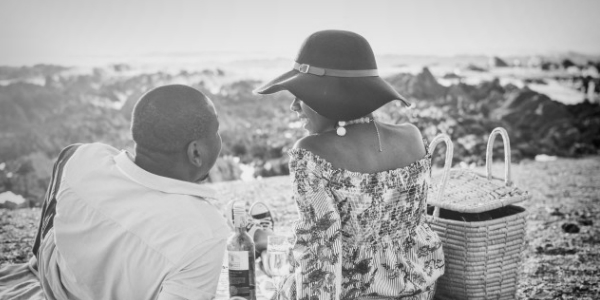 Relationships are beautiful and messy. When two people are in a relationship, almost all aspects of their lives get intertwined. Disagreements occur which can turn into fights and constant bickering if they are not handled properly. These disagreements can be over petty things such as choosing a place to eat or over life-altering decisions such as relocating due to one partner’s career etc.

On the other hand, a poorly-handled relationship can escalate and create bad blood between both partners. Unresolved feelings often form the first crack in an otherwise happy relationship. Let us take a look at some practical tips on how to effectively resolve conflict with your partner.


Normalize Open and Healthy Communication
In order to avoid conflict sometimes people take an indirect approach to convey their feelings. They act passive-aggressively and address the partner in a condescending manner. Or they sulk and drop indirect hints instead of hitting the problem head-on. Such evasiveness results in a gradual buildup of unresolved feelings which then burst out all at once at an unfortunate moment.
The partner who is at the receiving end of this evasiveness remains clueless and cannot work towards resolving the issue. To avoid this situation, both partners should work towards engaging in open and healthy communication with each other. Communicating your needs and fears with your partner is the foundation of every healthy relationship.


Avoid the Snowball Effect
When two partners do not communicate often, their feelings of hurt and neglect remain unresolved. Sometimes one partner can get triggered by a small thing and all unresolved issues come out at once. When resolving a conflict, it is important to pick your battles. Discuss one issue at a time and try to reach a solution that is acceptable to both.
Avoid the snowball effect wherein one complaint leads to another. Before you know it a small issue has transformed into a full-blown fight. In the heat of the moment, both partners will end up saying hurtful things. The snowball effect ruins all chances of actual conflict resolution. A full-blown fight dents the relationship and it is often difficult to recover from it. So use this to resolve conflict with your partner.


Remain Respectful During Heated Conversations
Emotional management is a cumbersome task. Remaining calm and acting rationally is quite difficult when your emotions are running high. Most people lose track of the original argument and start to launch personal attacks when they are trying to resolve a conflict. This is a very dangerous situation which should be avoided at all costs.
Remember that insulting your partner, cursing or shouting will only make matters worse. Practice emotional management, stay respectful, and don’t cross a line when you are trying to resolve a conflict.


Avoid Outright Refusals
When your partner complains to you or makes a difficult demand, your first instinct might be to outright refuse him/her. People can get defensive when criticized or confronted. But being defensive and failing to acknowledge the criticism or complaint only makes things worse.
If you wish to effectively solve a conflict with your partner, try to empathize with your partner’s feelings. Try to accommodate their demands. If that is not possible, then convey your refusal in a civilized and mellow manner. For e.g. if your wife demands you to participate in home-related chores, respond by saying I wish I could, but I am caught up with office work these days.

Sweeten the argument by offering to help once you get free.
Now that we have covered the basics of how to resolve conflict with your partner, it is time to dish out some advice on how to find love.
we recommend you to consult Elite Companion. They offer matchmaking services and help people find love.

GROW YOUR BUSINESS
With the best content, insights, products & people by your side.
We make local businesses big and big brands look local.
Let us show you around Nigeria.